One way to alleviate adverse effects of drought stress is foliar application with such chemical agents as silicon. However, there is low information on the influence of silicon on alfalfa (Medicago sativa L.) plants under drought stress conditions. Thus, the current study was conducted to examine the effect of different silicon concentrations: 0, 1 and 2 mM on alfalfa growth and biochemical traits, which grown under different water deficit regimes: 100% (control), 85%, 70%, 55% and 40% field capacity (FC). The results showed that plant height, dry weight, chlorophyll a and b were reduced in response to water deficit; while water deficit increased chlorophyll a to b ratio as well as activity of superoxide dismutase and catalase in alfalfa plants. Also, water deficit up to 55% FC increased leaf silicon concentration, free proline, total soluble protein and peroxidase; however, severe water stress reduced them. Despite negative impact of water deficit, silicon application increased plant height, dry weight, soluble protein and three antioxidant enzymes as well as leaf silicon concentration. The positive effect of silicon on the most of the measured traits was greater at 2 mM than 1mM concentration, which might be due to higher silicon absorption at higher concentration. Alleviation ability of silicon was greater under severe water deficit, compared to no- or light water stress conditions. Our results suggested that although water deficit reduced growth and caused some changes in biochemical traits; silicon application, especially at 2mM concentration could alleviate some of these negative impacts. 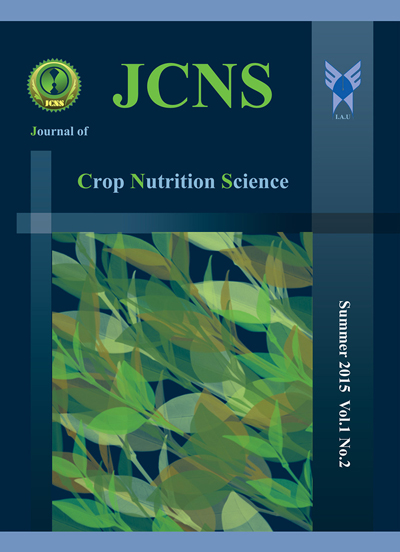